How do tonsils and adenoids affect sleep?

The telltale signs of large tonsil and adenoids are mouth breathing, drooling in young children, snoring and, in some children, recurrent upper respiratory tract infections. When we sleep all of our muscles relax and there is impaired breathing. The relaxed muscles cause the airway to collapse down and, with large tonsils and adenoids, blockage of the breathing occurs. This is why symptoms may be mild during the day but significantly worsen during deep sleep.

What is the difference between snoring, sleep disordered breathing and obstructive sleep apnea?

It is critical to distinguish between OSA and simple snoring. Studies have shown that untreated sleep apnea can lead to issues with concentration, learning and can have long term effects on IQ development in children. In both adults and children the inability to enter into REM (deep) sleep leads to poor performance during the day. The health effects of OSA in both children and adults have been studied and in its severe form OSA can lead to damage to the heart and lung and, in milder forms, can contribute to bedwetting and increases in blood pressure in children and adults. Most children with sleep disordered breathing have enlarged tonsils and adenoids; removing this tissue results in a cure of OSA in more than 90% of patients. In adults, addressing weight issues, maximizing airflow through the nose and mouth and, in some cases, considering a device to assist with breathing at night are options. In some cases, however, there are other causes of SDB which will result in persistent OSA after surgery or medical treatment. These include severe obesity, a small jaw, a big tongue, a variety of congenital skull abnormalities, or neurological problems causing poor muscle tone.

What is the difference between a sore throat, "strep throat" and tonsillitis?

A sore throat can be caused by a number of problems, but is usually the result of a virus infecting the upper respiratory tract (the mouth, nose and throat). Less commonly, it can be caused by a bacterial infection. "Strep throat" is an infection by one particular type of bacteria- Streptococcus pyogenes. Although other bacteria can cause throat infections, most doctors will try to specifically diagnose the "strep" bacteria so that antibiotic treatment can be given. Doctors often try to resolve these infections more quickly, because in rare cases, these infections can result in damage to the heart, joints or kidneys.

If the tonsils are infected with a bacteria, they will usually get large, turn somewhat red, and may have some yellowish-white debris on the surface. This would be called bacterial tonsillitis, which is one kind of sore throat. Appearances can be misleading, since there are some viruses which can cause the tonsils to be red and inflamed but theses virus resolve without antibiotics. In many cases a strep test is performed to differentiate bacterial from viral tonsillitis. We have the ability to perform quick strep tests in the office. The results of these tests are available within eight minutes and are fairly accurate in diagnosing strep tonsillitis. A culture is also sent to a commercial laboratory if the quick strep test is negative.

What can be done about recurrent sore throats?

Since most sore throats are caused by viruses which are easily spread (especially in crowded day care or school settings), it would make sense to be careful about exposing a child to others who are sick. Bacterial throat infections can be treated with antibiotics, but there is no benefit to treating a virus with these drugs. If a child is having recurrent bacterial or incapacitating viral infections then a doctor may recommend a tonsillectomy and adenoidectomy. This is the removal of the tonsils and adenoids (the adenoids generally get infected along with the tonsils). Recurrent infection is a less common reason for surgery today; tonsillectomies are more frequently done for sleep disordered breathing. 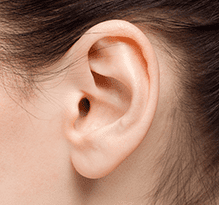 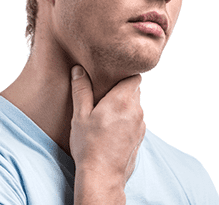